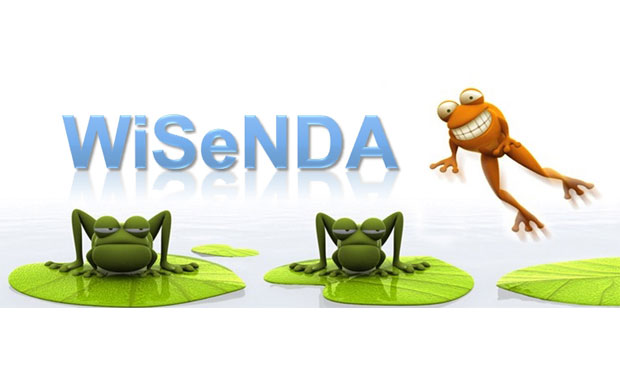 The WiSeNDA project, a self-funded, research collaboration with the Hellenic Open University (EAP), is about a Data Collection System, which relies on a wireless sensor network with static or mobile nodes. Wireless mobile sensor networks (Mobile Ad hoc Network, MANet) are a specific class of networks, with special characteristics and operational limitations compared to other networks. However, they are enjoying a growing appreciation, mostly because they can implement numerous applications in demanding environments and difficult operating conditions.

Specifically, WiSeNDA concerns a network of sensors (nodes), e.g. vehicles being driven in an urban environment, which are equipped with a mid-range wireless communication system and capable of computing and communicating their geographical position via a GNSS (GPS / Glonass / Galileo / EGNOS, etc.) receiver. The goal of each node is to forward its data to a given fixed repository (Receiving Center, RC). However, due to the limitations introduced by the mid-range wireless communications, direct communication between a node and the Receiving Center is not always feasible. For this reason, data is to be routed from node to node (hop-by-hop), using dynamic routing and data aggregation algorithms.

The constantly changing network topology requires the repeated identification of the best route to the RC. An important role in this plays the concept of the "best neighbor", the node that is chosen among all nodes within range for the forwarding of its data. "Best neighbor" is (by definition) the node most likely to eventually upload its data to the Receiving Center, based on its location, speed and direction.

For the above applications, a number of nodes, either mobile or stationary, are deployed over the area of interest. If the area is hard to reach, then the nodes are thrown from a high altitude (e.g. by helicopter) and are to be autonomous and self-powered. Subsequently, each node records its GNSS position and sensor input and forwards it to its most appropriate neighbor(s). Data is forwarded hop-by-hop, in a directed fashion, towards the RC. As this routing is quite fast, the aggregated data is near-real-time at the collection center.

For the evaluation of the WiSeNDA idea, a pilot implementation was developed and tested. It included two micro-computer systems (sensor nodes), each consisting of a microcontroller (Arduino Mega 2560), a mid-range wireless (RF) transceiver (XBee Pro 868 MHz) and a GNSS receiver (Libelium GPS Module). The software implementing the control application of each node was designed using the SDK of the microcontroller, in accordance with the requirements set for this work. After completing the development, the system was tested and its performance was evaluated. From these tests conclusions were reached, regarding the algorithms used and the development tools that were selected.

Compared to existing solutions, the WiSeNDA solution does not incur any communication cost, nor does it require long-distance any communications infrastructure. The node size can be quite small and the nodes can be mass-produced at relatively low cost.

After the pilot implementation of a two-node system, a larger-scale implementation needs to be realized. An example is a network of O(1000) vehicular nodes (e.g. on taxis), conducting traffic and environmental (air pollution) measurements in an urban environment.

The service can be offered either by subscription, or for free (combined with mobile advertising). Potential customers include private companies (TMC-service providers, logistics, delivery companies), or public organizations (ministry of environment / transportation, etc.).

The WiSeNDA idea and pilot prototype was submitted to the Cooking-Hacks competition:
http://www.cooking-hacks.com/index.php/let-s-cook/community-hacks/ahwsn (ranked in the 5 finalists).

A demo video is at: http://www.youtube.com/watch?v=75fG_M7VjAc